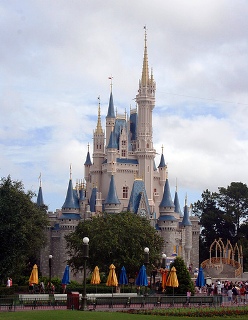 When we think of Orlando, we immediately visualize Mickey Mouse and the dreamland at Disney World. But there’s more to Orlando than just spending time checking out the attractions and Disney characters. So make sure to read on and try at least one thing that doesn’t have anything to do with Disney.

Orlando is served by two airports but the biggest and busiest is Orlando International Airport. Nicknamed Mickey & Company – because of the airport code MCO and being the main getaway to Disney World – the airport is hub to many airlines which means finding cheap airline tickets to Orlando is really easy. Make sure to book your tickets in advance especially if you plan to fly during the summer or on major holidays.

Where to stay in Orlando

If you do plan to spend your vacation at Disney World it only makes sense to book a room in one of the Disney World hotels . You will be close to everything and won’t need to worry about going from the hotel to the parks.

If you don’t have Disney World on your agenda, then looking for hotels in Orlando that are further away from the parks is a good idea. There are a lot of hotels to choose from, no matter if you are looking for something very cheap or a posh 5-star hotel.

If you plan to do a lot sightseeing in the area, it’s a good idea to rent a car as soon as you arrive. All the major attractions are well signed so you won’t have problems finding your way. There are also buses and trolleys which serve both downtown and the tourist areas. The trolleys serve the tourist areas and the fare is $1.25 per ride but they are painfully slow.

What do in Orlando

Orlando is a major travel destination thanks to the numerous theme parks.

SeaWorld Orlando is one of the most popular theme parks and can easily be described as an “interactive zoo”. The aquariums are outstanding but you will be marveled by the shows.

Universal Studios is filled with attractions based on movies. There are rides, shows, roller coasters and other attractions to choose from.

If you are fascinated by the alligators and other reptiles, then you shouldn’t miss visiting Gatorland. Or you can check out the waterpark called Wet ‘N Wild.

The Historic Bok Sanctuary is worth a visit if you like to spend time in nature. It is filled with exotic flowers and trees, as well as interesting ducks. While if you love orchids, make sure to check out the World of Orchids (admission is free).

There are also a variety of museums to visit, such as: the Orlando Science Center, International Trolley and Train Museum – where you can see 14 model railroad trains as well as old locomotives and passenger cars – , and the Orange County Regional History Center.