The Best Microbreweries in Florida

Whats not to like about beer? If you are like myself and a fan of all things beer related, then you are probably also a fan of micro brews. To me, there are few things better than a good tasting home made beer. Florida has a surprisingly decent amount of micro breweries across the state. If you are looking for a cool place to go out to eat and enjoy a beer, these places could be just what you are looking for. If you are tired of the draft beer at your local bar, check out some of these micro breweries to renew your love for beer! 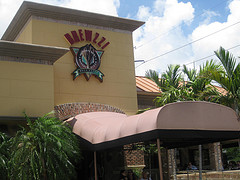 This is one of the two Brewzzi microbreweries in Florida. It is located in Glades Plaza. It is a very upscale, yet cozy place. Brewzzi, has garnered much fame for winning a Gold and Silver Medal at the Great American Beer Fest 2000-2003. If that alone isn’t enough to convince you that the beer is good, Brewzzi also collected a gold medal back in 1995 for the brewery Beer Master’s special beer creations. The city of Boca Raton, located in Palm Beach County, enforces strict building codes which restrict the size, height, and appearances of buildings. This guarantees that the scenic integrity of the area will be kept intact. If you love Spanish and Mediterranean architecture this just might be the place for you. 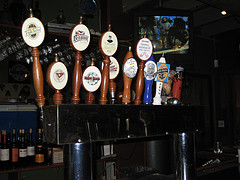 Hop off of the free Trolley that runs down Ponce De Leon Blvd where Titanic Brewing is located. If you get lost just ask where University of Miami’s baseball field is. Titanic Brewing is located near there. Coral Gables like Boca Raton has a Mediterranean flare. The downtown district is very small and pedestrian friendly. Titanic brewery has a lot to offer the average beer lover. During the U.S.A.’ s largest beer competition, the Great American Beer Festival, over 1800 different beers were competing for a shot at the coveted awards. Titanic Brewery & Restaurant, took home two Silver medals, surpassing the single Bronze they won in 1999. 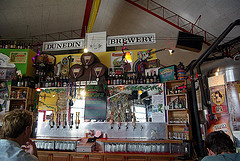 Fermenting since 1996 and still going strong, Dunedin Brewery handcrafts all of its ales from the Piper’s Pale Ale to the Apricot Wheat. Dunedin Brewery is located on the west coast of Florida in the Scottish heritage town of Dunedin, Florida. They have 9 ales brewing year round and 5 or more seasonal offerings throughout the year. Dunedin is very scenic and has a small downtown area. Although the town is small there is some nightlife.
>>More Information

Ragtime Taproom
Ragtime Taproom is located in Atlantic Beach which is a small municipality in Jacksonville, the largest city in Florida. Ragtime Taproom is a Gordon Biersch establishment, related to the Seven Bridges & A1A Aleworks that are located here. Ragtime Taproom & Brewery is a combination of a bar and a restaurant. They typically have a full bar, with 5-8 craft brews brewed in house directly from the serving tanks.

Hammerhead’s Brewery
This brewery is located on Duval Street which is in the central business district. On certain nights, Duval Street is a carnival that lasts until dawn and beyond.
Hammerhead’s Brewery has one of the most tasty, impressive lists of beers around, which includes: Lazy Lizard Lager, Paradise Pale Ale, Duval Street Gold, Nut Brown Ale, Raspberry Ale, and Key Lime Lager. Also available is Papa’s Porter , a nice version of the classic sweet, heavy ale, dedicated to Ernest Hemingway. There is an excellent menu along with entertainment available at the brewery. They have an old U-boat on the premises as well.

Indian River Brewing Company
Melbourne is located on east central Florida’s Space Coast. The city is about an hour’s drive south of the Kennedy Space Center, and 1-1/2 hours due east of Disney World. The Indian River Brewery was founded in 1984 by Bruce Holt (owner and CEO) and Jack Owen (Master Brewer). For questions or comments our business hours are 9-5 Monday through Friday. The Brewery has a tasting room. It is open 12 noon to 5:30p.m. Monday through Saturday.

Brautech Brewing
This is a small production microbrewery. The beer that Brautech specializes in is Riptide Amber Ale.This type of beer is said to be very smooth and without the aftertaste that is associated with beer at microbreweries.

Clevelander Hotel
Enjoy a fine, hand-crafted beer in the atmosphere of one of the most fashionable of the Art Deco hotels on South Beach. Jamie, the brewmaster, (who will also serve at the helm of the soon-to-be-opened Titanic), is a wonderful conversationalist and a brewer to be reckoned with. Stop by, try out his wares, and chat with him about it. Highly recommended.

Firehouse Brewery, Inc.
Celebrating its one year anniversary October, Firehouse offers a very solid, small line of beers including a stout, a pilsner, and an India pale ale. Stepping up to a now fiercely competitive south Florida market, this brewery offers more than the best looking bottle in town. Check this one out for yourself.

Orlando Brewing
Organic Brewing claims to be the only organic microbrewery in Florida. Organic Brewing also follows strict procedures that has been in place since 1516. Orlando Brewing brews in accordance with the German Purity Law of 1516. That means we use only natural, organic ingredients. We would never use cheap fillers or adjuncts. Our ales range from light & easy-drinking to deep, dark, robust porters. The beer is fresh and never pasteurized.
>>More Information

Beach Brewing
Beach Brewing once held the title of being one of central Florida’s only breweries. It has been open since 1992 and has an annual production of 4,000 bbl. Beach Brewing has a good menu, reasonable prices, and is very environmentally-conscious.