Orlando for the Kids, Miami for the Adults 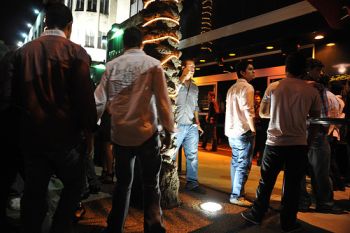 Winter trips to Florida may be in the category of “need” rather than “want” for many people – in that they need to thaw from the freezing temperatures they’re stuck with back home. But a summer trip to Florida can be just as wonderful – not to mention significantly warmer.

Now, we know many people flock to Orlando in the summer to take kids to see Mickey and friends – it’s only natural, considering that’s when the little ones are out of school, but if you’re not a huge fan of Disney yourself then we’d like to suggest that you incorporate a trip to Miami in addition to Orlando to satisfy your travel needs as well.

Yes, Orlando has beaches – but Miami has South Beach. There’s plenty to keep the kids entertained in Miami, and then there are the fabulous array of restaurants, shopping, and night clubs to entertain the grown-ups. In other words, when you’re hunting for Miami hotel deals be sure that babysitting services are among the amenities the hotel provides – that way you can go out guilt-free and enjoy Miami’s nightlife after you’ve entertained the kids on the beach all day. (And although it’s not typically among the list of budget hotels in Miami, you might consider staying at the Biltmore Hotel if for no other reason than it has the largest swimming pool in the United States. The kids won’t be the only ones excited about telling the folks back home about that one.)

If you’re skipping Orlando altogether, you can look for flights to Miami from just about anywhere in the country – but don’t overlook the option of flying into nearby Fort Lauderdale, too. (It’s always a good idea to look at as many airports as are reasonable to find the cheapest fare.) And if you’re stopping in Orlando first, you’ll be able to catch a cheap flight on a regional discount airline down to either Miami or Fort Lauderdale from Orlando’s airport.