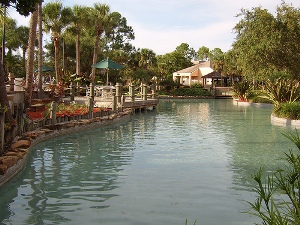 A very good time to visit Orlando is October. The weather is still very warm and the humidity is not very high. The kids are back to school so during the weekdays the theme parks are not crowded. Should you choose to bring your kids now to Orlando, there are plenty of fun things to do, including a lot of Halloween-themed events. Also, Orlando is a perfect choice for a romantic anniversary.

You should remember though that the hurricane season runs from June to November so be prepared for some rain. You might lose a day or two to severe weather (including canceled flights) but it’s also very possible to rain only during the morning and you’ll be able to enjoy the rest of the day outside. The average high temperature in Orlando in October is 81F, while the average low is 65F.

>>more information about weather in Florida

Air tickets to Orlando are easy to find year-round. However, depending on when you plan to travel, you should know what to expect. The highest fares for flights to Orlando can be found during the summer and during the winter holidays. During the wet months (hurricane season) the fares are at their lowest. So, October is an excellent choice when it comes to finding a cheap flight to Orlando.

Depending on where you fly from, the last minute fares (for mid to late October) range from $229 (from New York) to $310 (from Los Angeles) for a round trip flight.

Hotels in Orlando, Florida cater for a variety of travelers. At any time of the year there will be some deals available, but the best rates are always found during the low season.

In October, you can find last minute rates starting at $50 per night, in a 3-star hotel. If you opt for a two-nights stay and also add the round trip flight to the deal, the prices start at $235. The offer is valid until October 21, so make sure to hurry up and grab it!

In a more exclusive resort, the last minute rates start from $76, while the 2-nights accommodation and flight package starts at $329. Not to mention you’ll be staying really close to the Walt Disney Resort (1.5 miles) and the resort offers shuttle services to the theme parks.

>>more information about the Top Hotels in Orlando, Florida

October is also a very popular month to get married and Orlando is often chosen as a honeymoon destination. But Orlando is also a perfect place to spend a romantic anniversary. Many hotels and resorts offer romantic package, which come with free nights and free services.