Getting from Orlando to Tampa 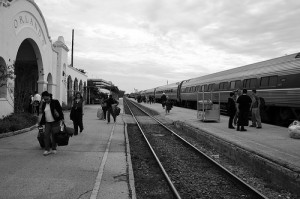 For most travelers, Orlando is synonymous to Walt Disney World. But Downtown Orlando has absolutely nothing to do with Mickey Mouse and the likes. It is filled with bars, clubs , theatres, restaurants and concert venues. The city is also home to gardens and museums. And let’s not forget the excellent shopping.

Tampa , the largest city in West Central Florida , is home to an aquarium, a lot of museums and an excellent entertainment district.

Orlando to Tampa by train

Amtrack operates the Silver Star which connects Orlando to Tampa. The train leaves Tampa daily at 5:17 p.m. and arrives in Orlando after about 2 hours. The single fare is $11. From Orlando, catch the train at 10:31 a.m. The same fare applies.

Orlando to Tampa by bus

Orlando to Tampa by car

You can rent a car and drive the 85 miles between Orlando and Tampa in about 1 ½ h.

Note: * at the time the article was written