Getting from Orlando to Jacksonville 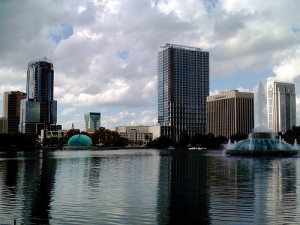 Orlando , although for most people is associated only with Walt Disney World, has plenty more to offer, such as the museums, the gardens and the shopping opportunities.

Jacksonville is located on the Atlantic Coast of Florida. You can stroll in the historic neighborhoods , visit the museums or attend the festivals.

While both cities are served by airports, due to the short distance between the two cities, there isn’t the need to take a plane to cover it. And yes, connecting flights through Miami are available but they are not worth it (in terms of money or time).

It is cheaper to travel by bus than by train between Orlando and Jacksonville. Bus fares start at $27* one way and the travel time is from 2 ½ h.

Orlando to Jacksonville by train

Orlando to Jacksonville to bus

On the way back catch one of the five buses from Jacksonville. The first bus leaves at 4:45 a.m. and the last at 10:30 p.m. The same travel times and fares apply.

Orlando to Jacksonville by car

Note: * at the time the article was written