Getting from Orlando to Fort Lauderdale 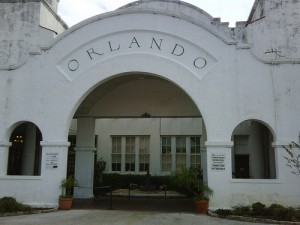 For most travelers, Orlando is synonymous with Walt Disney World and its fairy-tale land. But the city of Orlando is also home to lovely gardens and excellent museums.

Right on the Atlantic Coast , you’ll find the Venice of America, or Fort Lauderdale . Famous for the beaches and yachts, the small city also offers good restaurants, shopping and entertainment options.

Regardless of why you travel between Orland and Fort Lauderdale, to plan your budget and time, you need to know what means of transportation are available , the cost and how much time the traveling takes.

Whether you choose to travel by bus or train, the fares are similar (from US$36* one way) and the travel times don’t differ too much, either. Flying is faster, but it’s also more expensive.

Orlando is served by two airports:

Fort Lauderdale – Hollywood International Airport (FLL) is located 3 miles from the central business district and is focus city for Allegiant Air, JetBlue Airways, and Caribbean Airlines. It is the largest base for Spirit Airlines and a hub for Continental Connection and Lynx Air International.

Flights between Orlando and Fort Lauderdale are operated by Southwest Airlines and Spirit Airlines. The flight time is an hour. Regardless of when you fly in 2012, expect to pay from US$62 per person, one way on Spirit Airlines.

>>read more about Flights to Florida

Orlando to Fort Lauderdale by train

On the way back, catch the Silver Meteor from Fort Lauderdale at 9 a.m. and the Silver Star at 12:30 p.m. The same fares mentioned above apply.

Orlando to Fort Lauderdale by bus

You can also choose a shuttle bus between the two cities. There are plenty of companies offering such services and the fares range from $25 to $75 , depending on the type of bus and services offered.

Orlando to Fort Lauderdale by car

You can rent a car and drive between Orlando and Fort Lauderdale. No matter which route you choose, the travel time is about 3h 40 min. On I-95 S, most of the route is along the coast, so you’ll be rewarded with some lovely views.

Note: *at the time the article was written