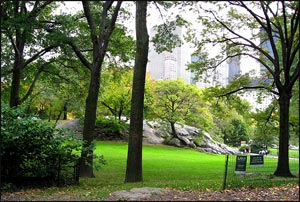 Many readers of this site are coming from either across the US to reach Florida, or across an ocean. With that in mind we just wanted to point out something that may not occur to most people, namely the fact that you can combine a Florida trip with a quick side trip to New York City for much less money than you’d probably think.

This is a case of these two areas being linked together in such a way that they are in some ways closer together than their actual geographical neighbors. It’s true that many New Yorkers spend a week or two each year in Florida, and plenty more actually move down to Florida as retirement approaches, but there’s really more to it than that.

New York City is (according to some) the “Capital of the World” and Miami, in much the same way, is considered to be the Capital of Latin America. If you spend time in the nicer parts of Miami Beach during the winter, you are bound to come across the movers and shakers and the generally rich people from every Spanish-speaking country in the world. This is yet another reason why so many like to toggle back and forth between the two.

Getting to New York

On our New York travel guide we’ve actually written up all the instructions for getting from Miami to New York. Most people will want to fly, partly because a flight to New York can be purchased for about the same price as a night out in South Beach (usually under $200). The flights are almost all nonstop as well, so it’s not difficult to have breakfast in Miami and then lunch in New York City. Once you get to New York, assuming you land at JFK Airport, you’ll want the instructions for getting from JFK to Manhattan on the AirTrain.

More good news comes with the fact that hotels in the Big Apple have really been hit hard by the economic situation, so in turn they’ve had to slash their prices in the hopes of filling a few rooms instead of being completely empty. So as a result the hotels in NYC are charging far less these days than they have in decades.

You can find a rather nice room with a good location for under $100 these days. Sure, it’ll be relatively small, but that same room would probably cost a minimum of $150 a year earlier, and in some cases even more.

If you scan the cheap hotel listings you’ll probably find that the rock bottom places are located near the airport or in one of the other “outer boroughs.” It might be tempting to book one of these bargain rooms, but you’ll regret it later. I’ve lived in NYC for about 5 years and have had many people visit, and I’m a travel writer as well, so believe me when I tell you that it’s worth paying a bit more for a hotel in Manhattan than a cheaper place that is far from everything you want to see.

Visiting New York City is usually exhausting, so having a place to go back to a couple of times during the day to get away from the madness is a key. If you stay way out in Queens you’ll spend an hour in the morning coming into Manhattan, and then when you get tired you’ll feel trapped, knowing that a trip back to your hotel means you are done for the day. Seriously, it’s not worth it, so find a small and cheap room in Manhattan instead.